Illumination Robust Loop Closure Detection with the Constraint of Pose

Results: The proposed algorithm is evaluated on KITTI and EuRoC datasets, and is compared with SeqSLAM algorithm, which is one of the state of the art loop closure detection algorithms. The results show that the proposed algorithm could effectively reduce the computing time and get better performance on P-R curve.

Conclusion: The new loop closure detection method makes full use of odometry information and image appearance information. The application of the new distance function can effectively reduce the missed detection caused by odometry error accumulation. The algorithm does not require extracting image features or learning stage, and can realize real-time detection and run on the platform with limited computational power. 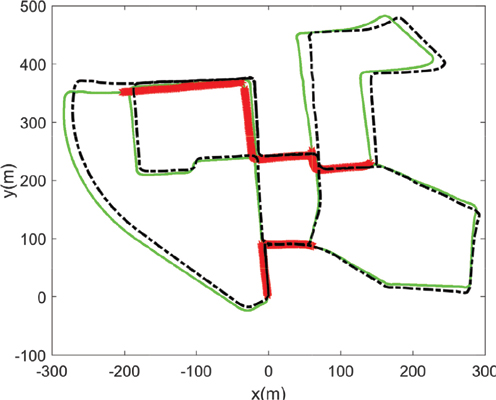