Design and Implementation of a Real-time Publish/Subscribe Middleware


Background: Middleware has been widely adopted as an efficient approach to facilitate the development process of large-scale distributed systems. Although this approach can achieve simplified system design and reduced time consumption, it has a strong demand for real-time task processing and data transmitting. Traditional middleware, which lacks the real-time performance guarantee mechanism, cannot be adopted by the distributed systems with strict time restrictions.

Results: Experiments show that the proposed middleware satisfies the needs of distributed applications, and ensures that the end-to-end data communication delay is less than 1 millisecond, which meets the real-time requirements of data transmission in distributed systems.

Conclusion: In this paper, we design and implement a real-time middleware based on the publish/ subscribe mechanism. 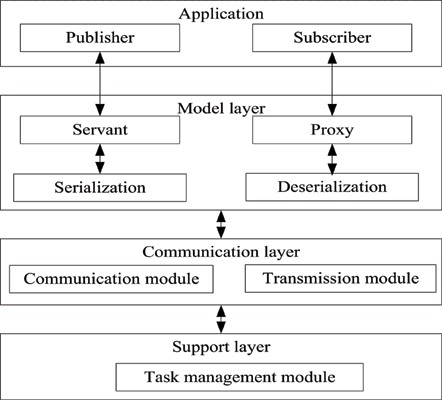